Posted on Wednesday October 29th, 2014 by Rainer | Comments Off on Nabel 4607 Monika Linges 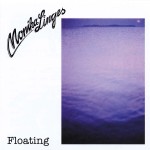 In 2014 we remastered the Original Mastertapes from 1982. The new Master is in High-Resolution-Audio Format (96Khz/24bit).Floating, the debut album of Monika Linges in 1982 is a very personal album. Monika Linges who wrote the lyrics to most of the tunes, sings about, childhood and youth.
At the beginning of the 1980`s, Monika Linges was one of the famous female jazz-singer in Germany. She toured with her international band through nearly all European countries, and was invited to several Jazzfestivals, Radio- and TV-shows.
After her early success in Germany in the 1980’s Monika Linges had a revival in the beginning of the 90`s, starting in the London Jazz-Clubs. The DJs digged out her old recordings and played them in the clubs. Her songs later were licensed to several Compilations in England and Asia.
Because of the new demand both LPs of Monika Linges were reissued and released also on CD. Her records now were re-questioned also outside Europe and were successful a.o. in the USA. At that time she also was a guest for a recording of Nobukazu Takemura and the Hipsters in the zone.

Later her recordings were also released in Japan by Celeste.Over the years Monika Linges became the best selling Artist of Nabel!

This entry was posted in Musicians, New Releases, News. Bookmark the permalink.